I have searched the best I can to find a solution, and have not found much. If this topic was covered in the past, feel free to post links to said post(s).

I have owned my 335i for about two months now. Bought it, charge pipe blew, sat for a week due to slow shipping times on a new BMS pipe, got it running, then it rained and killed nearly the entire right headlight. The Low-Beam failed, Adaptive Headlight module, and the DRLs. There was definitely moisture inside of the housing. So, when I finally got my new modules (All OEM: 2x DRL modules, Adaptive Headlight Module, Low-Beam Ballast, turn signal light fixture to get the brow lit back up, and a new 5000k D1S bulb from Philips.) I put them in, after cleaning up the corroded wires and pins the best I can, and re-sealed the housing. Brow was lit up, DRLs were shining but the lowbeam was off, I figured it was the AHL module, as it was still throwing a notice in iDrive.

Spent the next two days with no rain, and even tested my new seal with the help of power washing my car lightly. Did fine. DRLs were working perfectly. Low-Beam was still off.

Then, in the middle of driving after switching from auto lights to just the DRLs, I got a iDrive message saying there was a malfunction for the right side (the one I replaced). I kept driving and went back to auto headlights, shutting off the DRLs in the Lighting settings. Confirmed the right set was dead again.

Later, after going back to my car once it was parked for a couple hours, the DRLs were back on. I switched the car off of auto lights, back onto the DRL only option, and they died right again. I started to grow frustrated, then thought it was just the AHL module screwing things up. I re-coded the new AHL module, got my low-beam back, but the DRLs were still dead. I re-flashed the FRM, reset it and the works. Nothing. All lights working still with no right DRLs. So, I ordered some brand new OEM ones AGAIN, pulled the bumper off, pulled the headlight wiring harness, and cleaned it as best I could again. No new corrosion. They did the same thing. Worked for two days, then died.

I decided to check INPA and Toolset32 for codes, and got a malfunction code in German. So, I checked the short circuit counter, and it came back as 0. I reset it anyways. I tried to use Google to translate the INPA error message, but came back with something along the lines of "test okay" and "defective". I tried resetting the FRM once again, and nothing changed.

My biggest issue is that they both die, and when I turn them on, they both flicker at the same time in tandem. Not one bulb more than the other.

Is there some kind of parameter in NCS or Toolset32 I need to reset? It's very obvious the units aren't defective, or short circuiting. There doesn't seem to be any issue with the FRM, the bulbs, and the housing wires as well, as every other set of lights seems to work perfectly. They test themselves, and fail out.

Any insight or info to lead me to the right direction would be insanely helpful.
Save Share
Reply Quote
1 - 6 of 6 Posts
By the below or a voltmeter, and check for over voltage conditions while driving: 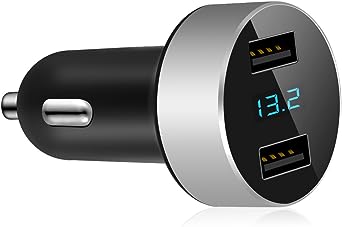 marvinstockman said:
By the below or a voltmeter, and check for over voltage conditions while driving:

jaye944 said:
on my 1 series the back cover was not fitted correctly, so water gets in
Click to expand...

Save Share
Reply Quote
There really is no magic involved in bulbs, they work they blow. flickering lights is basically one of a few things, bad power supply, bad earth, or short, or cabling issue, throw in a ballast and you have the added issue of another electronic black box which can cause problems.

For your issue, it's not going to be coding, coding will making things work or stop not flicker.

I can only go on my own experiences with my 1er, when I had blown and flickering lights and I know what caused them.
But "cleaning as best you can" doesn't often a fix make, mine the guy used a hairdryer to blow out, and weeks after it still flickered occasionally. He advised if it did it was a new unit required.
Save Share
Reply Quote
1 - 6 of 6 Posts